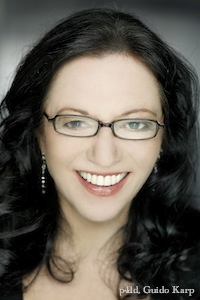 For more than 30 years I have dealt with esoteric topics, alternative healing methods, spirituality, world religions, commuting, walking rods, card reading, aromatherapy, color therapy, gemstone therapy, numerology, Russian healing methods. The English therapist, George Alexander, was my teacher and mentor for over 10 years. He has revived my interest in the philosophy of the North American Indians.

In 1998, I started various trainings as Psychological Advisor, Aromatherapist, Color Therapist and Trainer for Card Reading with the Medicine Mirror Cards. I have successfully completed all study programs and have received the diplomas for them.

Already as a child I realized that life can not be over with death . Only I came up against resistance and nobody wanted to listen to me, let alone supported me in my conviction.
So I made up my own mind and was constantly looking for answers.
Since the stranger fascinated me again and again even in preschool age, I did not miss any opportunity to travel. My suitcase was always ready for travel. Even if it was just a weekend with my aunt and uncle.
The desire to travel the world grew with each trip.
But traveling also means high costs. So my dream to travel the world had to wait.

I completed the usual schools, which taught to read and write, only answers I did not find here either. How should it be otherwise, my interest in the school subsided. Although I survived everything to my satisfaction and that of my parents.
After school in 1974 I started an apprenticeship as a florist. I never lacked creativity and inventiveness. It did, and I still enjoy working with flowers and plants today.
In the parental business, I earned my money, and began to save every penny. For travel!

In 1978 I went to the VHS to learn Spanish.
In 1983, I saved so much that I finally fulfilled my dream.
On 01.01.1984 my one-year trip around the world started. I save a travel report at this point. Only now did I finally get some answers to my questions.

In India I studied Islam and Hinduism, in the rest of Asia it was Taoism and Buddhism that helped me to sort out my puzzle of thoughts slowly.
In Australia it was the Aborigines who helped me to complete my picture slowly.
In the South Seas, the wisdom of the South Sea Islanders was added.
Now slowly I began to realize that I was always right for me, with what I wanted to proclaim as a child in the world.
Another highlight was the stay in the US, where I learned about the traditions of the Indians. Now I had found my hobbyhorse.
Christmas in 1984, I was replete with tons of information and ideas back home.
Now it was about organizing everything and finding a way to apply the learned.
No school can teach you what real life teaches.

In 1985 I started a seminar on positive thinking with Mrs. Neumann in Dusseldorf. Here I also got to know the Huna principles, the philosophy of life of Polynesians. From now on, there was hardly an esoteric book that was safe from me. Metaphysics had conquered me.
But here I quickly learned to sort out what is important to me and what does not fit into my new world view.
At a weekend seminar in 1986 with Mrs. Neumann I also learned George Alexander (Emotional Cleansing Therapy), Dr. med. Francesca Rossettti (Precreation Therapy), both forms of therapy are known as Regression Therapies, and Mala Devi (Aroma Therapy). This encounter gave me a new direction.
Immediately I made an appointment to experience this form of therapy. I went to England and was thrilled. Francesca had lived with the Indians and learned this form of therapy from them. The philosophy of life of the Indians became more and more familiar to me.

A year later, Francesca asked me to translate a lecture for her. All three, Francesca, George and Mala (now Jenai) did not speak German. In my youthful levity, I spontaneously agreed. Now it was time to buff up terms. And it worked. From now on, I also organized weekend seminars with George Scott Alexander. Not only here in Solingen, but we drove all over Germany.

We also went to Los Angeles and Sydney where we held seminars.
I learned to commute, to clean houses and apartments of disturbing energies, to use symbols correctly.
In 1989, George started to create the MEDICINE MIRROR Cards. What a coincidence, Georges interest was also the North American Indians. Since I was there from the beginning and was allowed to witness the emergence of these extraordinary maps, they naturally became my favorite "tool".
(The MEDICINE MIRROR Cards are only available through me, not through the bookstore).
In 1998, I decided to become a Psychological Advisor. Which I passed with flying colors in 1999.
In 1998 I won my dream car, a BMW Z3 in midnight blue. Since I was 6 years old, I wanted to own such a sports car.
Since 1998 I have a harmonious relationship with Christian.
In 1999, I got a diploma to become a "Psychic Reader" of Medicine Mirror Cards.
In 1999, I also received training in aromatherapy,
In 2000 successfully completed a training in color therapy.

The MEDICINE MIRROR Cards became more and more familiar and I could interpret them. However, it took a while before I was convinced that I was good enough to lay the cards for my clients.
Now I had reached a turning point. the seminars I did in my free time. I still worked full time in the parental florist business.
In 2000, I decided to do the job of a florist only as a side job. Now I wanted to devote my time to the things that were more dear to my heart. However, the mental work required a counterpoint, I had to continue to do something creative with my hands, so I made the hobby "jewelry" to my side job.
In 2000, George was pleased with his cards after he had improved them again and again. Since they were not accepted by the publishers as George wanted them to be, we decided to take it into our own hands. With the help of Christian and our friend Heinz I had the Medicine Mirror Cards printed with a companion book. Hereby we made George an immensely great joy.

We visited esoteric fairs to make the cards known.
Since 2001, I offer esoteric workshops once a month, covering all metaphysical topics that I am familiar with.
Again and again we were asked where to learn to interpret the cards correctly. George and I decided to develop a correspondence course where everyone gets enough information about the Indians' life philosophy and the cards. After successful completion of the course everyone is able to interpret the cards correctly.

Since I do not belong to the people who celebrate their birthday with coffee and cake, I allowed myself on my 50th birthday, on March 24, 2007, the 1st Widderter Creative Market.
Here again a big "thank you" to Christian and all the volunteers, such as friends, relatives and acquaintances, who made it possible that the creative market was such a great success.
In 2007, the children's book "A seed on the roadside" was created, which I published only in 2011.
In 2011, I wrote the correspondence course "Correctly interpret the MEDICINE MIRROR Cards" to an online course.
In 2012 my book "My Rainbow Bridge" was finished.
Basic Blue theme by ThemeFlood